-Some put down the high price to the shutdown of the SAMIR refinery the first and the only refinery in morocco .

-This refinery was shut down due to the mismanagement of this company by its owner a Saudi investor (Amoudi) ; SAMIR owes Moroccan state 40 billions Dirhams (four billions dollars ) ,this huge sum  is taxes due to Morocco government from SAMIR(Société anonyme marocaine de l'industrie du raffinage) .

-SAMIR was a state company , the privatisation of this state oil company was achieved in the middle of 1990’s .

-a complete opaque prevatisation ,we heard later it was privatised to some one from Saudi Arabia close to Moroccan religious regime.

-now this affair of SAMIR is under the scrutiny of justice  or what is left of it !!!!

-morocco oil reserve is now 28 days it is very risky as the world trend is three months.

-this refinery is now out of service  since years that put morocco in dire situation in case of major world oil crisis ,this oil crisis is looming up since the war in Ukraine.

-gasoline had reached  about 16 Dirhams  during the beginning of Ukrainian war ,it was before Ukrainian crisis about 12 Dirhams .

-morocco could face a harsh economic and financial period in case the Ukrainian war drags on  we must be ready for high unemployment rate and poverty  and their string of  consequences like political turmoil, terrorism and social  unrest like criminality prostitution and narcotics consumption  _

-some statistics about oil  ,93.5% of oil reserves by countries:

-world oil consumption by million of barrels per day ,US consumption 19.78 million per day ,EU consumption is 16.94 million barrels a day ,as for the rest  world 97.1  MN BPD.

-Russia is the largest exporter of gas to Europe, it accounts for 40% of European consumption. 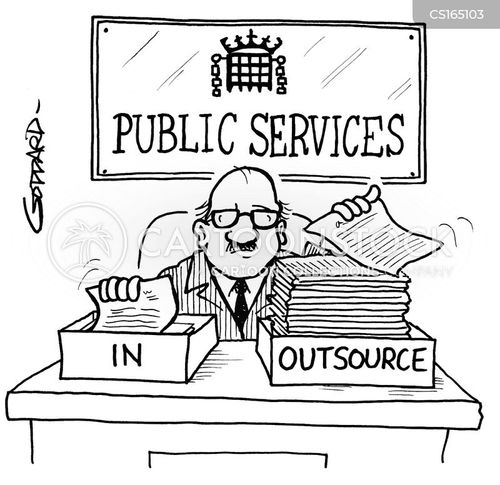 -The Moroccan government is creating a unified social register that is a national system of social net that allows to distribute the state aid to those who deserve to receive it, and to bury once  for all the fund of compensation, which was intended to keep prices low in the market and avoid inflation.

-Unfortunately, this famous compensation fund (5 billions dollars in 2014)benefits both the rich and the poor, since two-thirds of the money spent on this fund goes to the pockets of the rich because they are the ones who consume more, for example they consume more gasoline. subsidized by the state since they have more cars while the poor will never have a car throughout their life ,we can say the same thing about gas canisters .

-But why not take the wealth tax as a criterion to target the beneficiaries, it is easier to count the rich than to identify the poor, which are more numerous, but some say there are several ways to hide the incomes, so in Morocco the wealth tax can do nothing to solve this problem.

-Moreover, how can people who sleep in the streets and black workers be registered, while these reforms are aimed at households, and even the census of the poor will be difficult in Morocco.

-the middle class has almost disappeared in Morocco, so these so-called help will inevitably go to all Moroccans, the question is whether these ‘helps’ will satisfy those who will receive them ?, given the high cost of the life, and financial mediocrity of help .

– in addition , the bad example of ‘RAMED’ (system of government medical aid) that does not shine by its success, given the corruption that corrupts  this system of medical aid which targets eight million beneficiaries, this example is a criterion which predicts the failure of government to carry out the compensation fund reform successfully .

-some say why not take the example of certain countries like Brazil or other countries in the West to carry out these reforms intelligently .

-the greatest absent of these reforms is the rural world which is the most vulnerable, because it counts much more on the rain than on the government, whereas the rain in Morocco is like the casino games.

-with no ambiguity  this showcase the incapacity of Moroccan politicians to even imagine words and terms to describe a situation well, they spend all their time copying and pasting laws from foreign countries, whereas they are copiously payed, to at least do their lawmaking work almost normally.

-Bitcoin is independent of any central bank in the world .

-Bitcoin  is sure, and cannot be falsified ,

-Bitcoin   allows to buy on the internet.

– People wanting  to get rid of the central bank , because this state bank  is causing several  financial crises ,some people see the Bitcoin as their lifeline .

– as for the Bitcoin  Japan recognizes it as a currency.

-But Putin Russian president , says this Bitcoin can’t be traced ,therefore  it is risky to use it  .

-Bitcoin  ,Its current value is 5000 dollars starting with some cents years ago.

-A man wanting to create a currency in 2008 in the United States of America  was captured by the American authorities ,and jailed just for that .

– Officials say that we should not be afraid of dirham liberalization because this process will take almost 15 years and we control the horizontal and the vertical of the situation !!, this did not prevent banks and speculators from  Buying currencies like the Dollars and the Euro massively as they were counting on the collapse of dirham and its devaluation which would allow speculators to earn money while falling asleep in their bedroom.

-officials decided to postpone this process after planning it for the beginning of July this year ,this shows that the officials do not control anything, and all what they said before were nothing but bullshit and childishness .

-Furthermore, the flexibility of Dirham means that we move from a fixed monetary regime to a flexible one, therefore  we would suffer from imported inflation due to the depreciation of the Dirham, since Morocco imports much more than it exports, inevitably the Dirham will slide down, and the goods will see their price going up.

-the problem is that the officials (the head of state !!, and his entourage !!, members of the central bank … etc) decided the flexibility of dirham without much discussion or debate and without explaining to people in which sauce they will be eaten, even  the people’s parliament and the head of government know nothing about it and yet these people are paid by the taxpayer.

– for Morocco to be able to face the consequences of Dirham liberalization its economy must be very competitive, some officials naively say that liberalization will lead companies to work hard to be competitive, it is stupid to say That, because these officials put the cart before the horse, the common sense says that it is necessary first to improve the competitiveness of the Moroccan economy before  engaging in this slippery slope, do Not forget what happened to some countries of Latin America like Argentina …. , If these officials really have a memory.

– this leads us to question the degree of intelligence of the Moroccan central bank which gives the impression that it controls nothing after having said that it controls everything, this bank decides without debate under the influence of IMF (The international monetary fund), while we talk in this kind of countries about the importance of democratic society all the time and about  involving the citizen in debates that affect their social ,political life  and their purse.

-the members of the central bank decide the life of the people when nobody has chosen them by a process of voting, this is the case unfortunately of most all central banks of the world ,a death blow to democracy !! .

The airline “Air Canada rouge” organized a ceremony in the Canadian city of Montreal, for the launch of a new line linking the cities of Montreal and Casablanca, that coincides with the first flight departure, in the presence of a group of Canadian and Moroccan journalist ,With the presence of the Montreal airport manager, and director of the company, “Air Canada Rouge”, and a number of elected officials, as well as the first passengers of flight for “Air Canada” between the cities of Montreal and Casablanca.
Jim Sherry, Montreal airport manager, expressed his pleasure to attend the inauguration of the line, “Air Canada” to and from Morocco, promised to members to engage for the success of this new experience .
Honorary Director of the company, “Air Canada Rouge,” Craig Landry , who spent nearly 20 years at the service the company, he was credited with giving the great importance to the company on a global level, he expressed his pleasure that the first flight between the continent and North America by a Canadian company, which is the first company from North America directly penetrating Africa market.
mostly for the passengers the low price of the trip is the main factor to choose to travel in air Canada rouge, the First voyage by air from Montreal to Casablanca was the main factor behind the decision of traveler to travel on board the air Canada , especially those who were accompanying with young children.